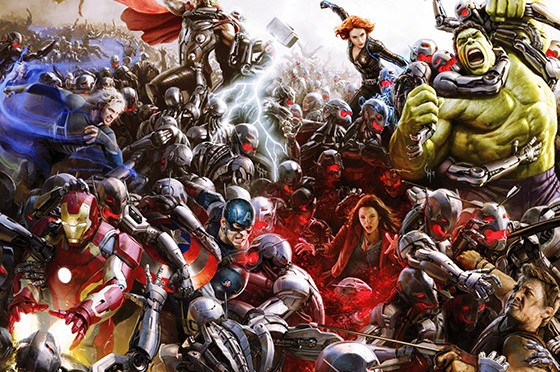 • LET’S BE FRIENDS: MY PATREON PAGE •

IN HONOR OF NEW YORK COMIC CON, I seek to cut down those who claim that the second Marvel’s “Avengers” film, “Avengers: Age of Ultron,” was more lackluster in quality than its much-acclaimed predecessor. When I saw “AoU” in theaters, I found it to be so many adjectives–epic, suspenseful, witty, emotionally impactful–but “lackluster” was never near one of them.

In list-form, I will now rebut 3 of the top criticisms why this sequel supposedly dragged behind “The Avengers”:

Criticism #1. IT WAS ‘DARKER’ THAN THE FIRST ONE

YOU POOR, POOR SOULS who allow this belief to detract from your enjoyment of the movie-going experience, particularly of this one. Want to watch the same movie again? Go ahead. Or you can adapt and accept that each succeeding film in a series is a brand-new grand experiment on the filmmakers’ part as it should be.

Besides, I thought it was the recent portrayals of superheroes in direly realistic and psychologically screwy situations that has garnered the genre critical praise not seen for decades. Maybe not seen ever before.

You can watch the same movie again OR you can accept that each succeeding film in a series is a brand-new grand experiment on the filmmakers’ part as it should be.

The first movie was the first official “Avengers Assembling.” The team came together through the plot in a rather haphazard, disorganized fashion that allowed the writer, director, and actors to mine the script for very obvious general humor. It was a lighthearted film despite the unforeseen death scene of one beloved supporting character. Spoiler alert – the death was not that of an Avenger. The superheroes in that movie are exactly that– super.. and all depicted as fairly invincible, even though most of them are mortal. I suppose people contrasted that light with the bleak aura of Christopher Nolan’s Batman trilogy because that series’ conclusion, “The Dark Knight Rises,” occurred the same year as “The Avengers.”

Perhaps, that’s how the “Avengers” franchise, and the entire Marvel Cinematic Universe (MCU) to a large degree, came to be stigmatized as the happy-go-silly comic book world. Perhaps that’s what threw people off about “AoU”–for the first time, we get a real sense of how easy it would be to kill an Avenger as well as an unsettling glimpse at the growing irreconcilable differences within the group itself. Opposing moral ideologies between two alpha types help chug the plot along, making “AoU” often feel more real world politics-based and catastrophic than any other Avengers-related movie before it.

As already rebutted, too bad. Suck it up because the next Avengers-franchise film is “Captain America: Civil War,” which will pit the Captain against Iron Man in a colossal battle, with the other Avengers decisively choosing one of the two sides. It’s always depressing to see your heroes fight each other.

Criticism #2. A DEFICIT IN WHEDON HUMOR

GOING ALONG WITH THE “TOO DARK” THEME, many moaned that this film lacked the snappy one-liners writer and director Joss Whedon (“Buffy the Vampire Slayer,” “Firefly,” “Dollhouse”) has basically crafted into his own genre.

One professional critic even whined, “I didn’t even see one joke in any of the trailers till one right before its release!”

I am not insane so there will be no tally comparison of witticisms per film, but I assure you, “AoU” is rife with them. Well-delivered ones, too. Just some of my favorites: 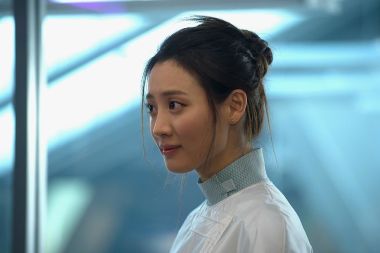 (Thor >>> Captain America in hotness, as most fan-girls like me know)

(to Clint Barton/Hawkeye as he challenges him to lift Thor’s Hammer):

“Clint, you had a tough week [recovering from wounds]. We won’t hold it against you if you can’t get it up.”

*At this point, I must explain for my non-nerd buddies out there that Thor’s hammer, Mjolnir, is only capable of being lifted by Thor, or someone of equivalent worthiness to rule Asgard, his home kingdom.

(referencing an early moment in the film when Steve Rogers/Captain America admonishes Iron Man for cursing during battle with a condescending warning, “Language!”):

“Steve, he said a bad-language word.” 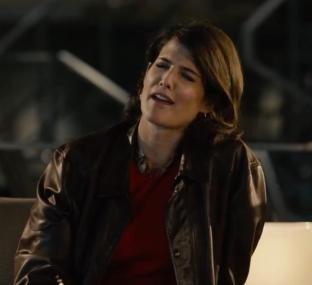 (after arriving at Barton’s secret house for the first time and realizing he has two small children):

“These are smaller agents.” 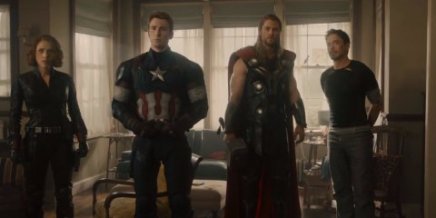 “No way we all get through this. Even if one tin soldier’s left standing, we’ve lost. There’s gonna be blood on the floor.” 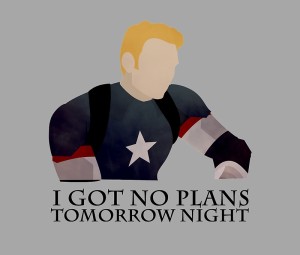 (on Ultron’s latest beefy upgrade of his physical form):

“Have you been juicing? Little vibranium cocktail? You’re looking, I don’t wanna say…puffy.”

“Romanoff, you and Banner better not be playing ‘Hide the Zucchini.'” 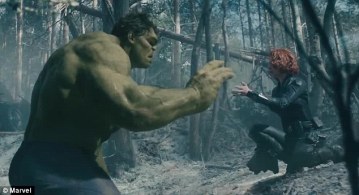 “Now, THIS is gonna be a good story.”

(Tony Stark is a sick man, is what I’ve gathered)

A PROFESSIONAL CRITIQUE I READ decried that there were too few show-stopping moments like the one when the Hulk beat the main villain in “The Avengers,” Loki, to a pulp simply by flailing him around like a ragdoll.

Too few? More like, too many to count. Just a few of the most badass, if you will: 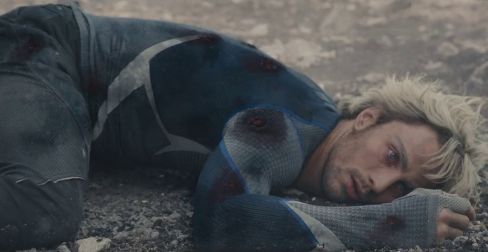 Scarlet Witch annihilating Ultron drones on an atomic level without realizing it, simply because she was in pain over her twin brother’s death:

I WOULD ALSO LIKE TO give an honorary mention to the age-long complaint that “the villain was underwhelming.” So was Loki, the last film’s baddie. He was a complete puppet to a much higher power and his evil plan of domination wilted the second the Hulk started smashing. At least Ultron presented a threat not even the Hulk (or Thor, who is kinda like The Avengers’ Superman) alone could destroy.

Villains are the hardest to get right from the filmmakers’ perspective and as fantastic as Marvel films are… this has always been their Achilles’ Heel. Ronan (and to a degree, Thanos) from “Guardians of the Galaxy (2014)” was a sole exception.

I simply chalk the less enthusiastic response to this sequel up to a mixture of superhero exhaustion, jaded filmgoers, and, you know, haters gonna hate.

Like what you read? Let’s be friends: MY PATREON PAGE 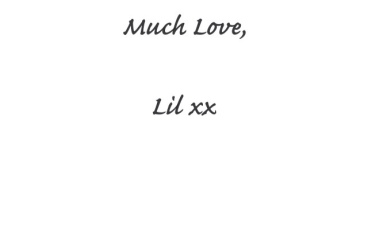 One thought on “FILM: Why “Avengers: Age of Ultron” Was AS ENTERTAINING As “The Avengers”” 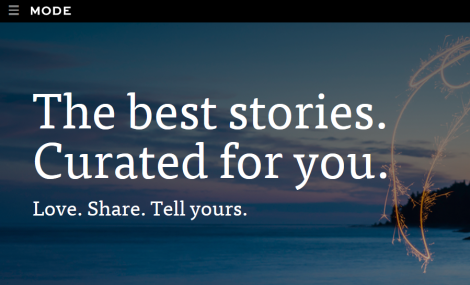